Art for the Soul

I’ve been saving recordings on my iPhone voicemail for the last decade. I keep both of my parent’s voices and swap out old for new so I don’t fill up the memory. I wonder about the day I will wish I’d saved them all. My parents are both in their 80s. 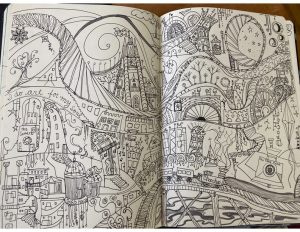 Mom Knows How to FIll a Blank Book

Mom’s an artist who expresses herself within her work with sayings like, see you on the other side. She often tells me, “I’m not going anywhere.” Her reference to future hauntings or oversight.

Dad has been stressed about what comes next since before his brain tumor incident and after his open heart surgery. Other than those crazy issues, he’s healthy. He keeps score of those who have passed, reporting their details and often repeating the names on his list of those gone. Recently, he awakens to the world with a new affirmation. “Happy to be vertical today.”

Is life a cruel joke? Consider the person who loves life so much that the thought of an ending is paralyzing and leaves no space for enjoyment of whatever time remains.

What about people who believe they have plenty of time left and will eventually get to it, dying young or in a persistent state of procrastination?

As humans, most of us have an innate respect for life. We go to great extremes to survive, hobbling on one leg or existing with none, losing our hair, voice, minds and more. Anything to stay alive—vertical or not. I just wonder why? 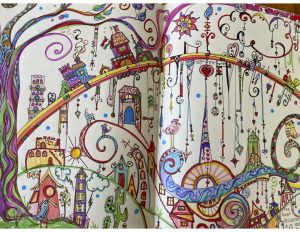