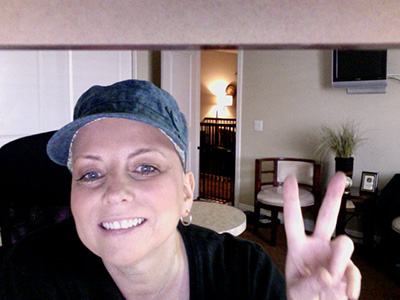 Roni Teson is a two-time Readers’ Favorite award-winning novelist and the recipient of the Dante Rosetti First Place Award for YA Suspense Romance. A native Californian born near the coast and, eventually, returned to the ocean, Roni penned her first novel during cancer treatment.

Diagnosed with stage IV cancer, no prognosis, and an uncertain future, Roni focused on unfinished business, including the completion of her partially written first novel—covered in dust bunnies from years of distractions. With impeccable timing, Roni submitted the final draft and learned her cancer went into remission. Heaven or Hell—a fictional story of tragedy, loss, and a triumphant life-changing resurrection that takes place in this world and beyond—won a Readers’ Favorite Award and Honorable Mention at the Los Angeles Book Festival.

Future creations include: Whisper, a YA clock-stopper coming of age tale—imagine the ability to control time with the snap of your fingers only to discover life-threatening consequences to the people you love the most.

The Order of Things, a memoirish departure from the young adult fiction Roni loves to create about her life reboot—when everything you love falls away keep getting up over and over again until you find yourself living in a fantastic new world. 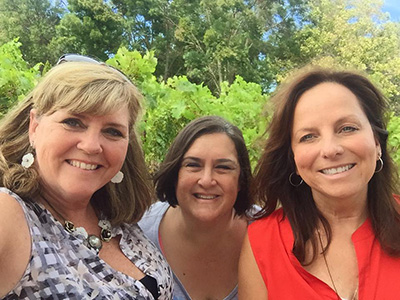 Roni looks back at her creations and sees her own life secretly on display in unique ways, in different worlds. Her characters went through Hell in her first novel, just as she survived her own living-hell through cancer treatment, but only to discover her world fall apart as in Twist.

The unexplainable. When creating plot twists, many of the situations Roni writes happen in ‘real life,’ but after the fact. Sometimes it seems as if she’s putting her friends, family, and acquaintances through torture. After Whisper breaks her ankle from a motorcycle crash on black ice—a friend of Roni’s breaks her ankle slipping on ice. TIA (mini-strokes) in The Bishop Girls take down the mother—Roni’s relative has a series of mini-strokes, but with little damage (thank God). Mad Cow Disease (Creutzfeldt-Jakob) is an extremely uncommon affliction, and part of the storyline in Twist—a young teen (daughter to a friend of Roni’s) discovers she has the disease after the book is in print.

Working on the rewrites to Whisper, Roni realized that the storyline to Whisper’s survival had a lot more to do with her own struggles then she had intended. It’s an allegory—unrecognizable to Roni’s life yet in many ways, Whisper (less the tequila) is indicative of Roni’s experience with life’s throw-downs during chemo recovery and her life rebuild.

Today, cancer free, Roni lives on the coast in Southern California with her dog, Beatrice.

I discuss finding my passion at Second Book to the Right