One of my favorite mentors was an intimidating, larger than life man who was forced to work with me. Years ago, the owner of a small organization hired me and said, “Meet your boss.”

A few decades ago Dan sent me down a path that pushed me into learning Excel and PowerPoint (so long ago it might have been the first edition of Microsoft Office), and finding ways to work smarter at beating the competition. 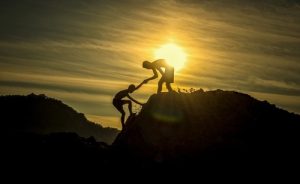 Long before the TCPA, but not before the FDCPA, Dan developed a system using transfer agents on outbound campaigns to maximize our greatest talent. More talk time, less dial time. We weren’t set up for this technology yet, but somehow, we made it work. He probably didn’t invent that tool, but certainly, he taught me how to take the best ideas and leave the rest.

I had been entrenched in managing liquidation rates and developing our own analytical manual approach for recovery collections when Dan introduced me to first party collections and roll rates. We actually used client scorecards to estimate what we needed to win, by batch, by roll rates and any other methods used to rank our competition. Sounds like a no-brainer, but I’ve worked for many companies since who focus on everything but this.

At the time, I didn’t think of Dan as a mentor. I pushed back often and sometimes we butted heads. My peers thought I was nuts, but Dan appreciated not having a “yes sir” person on his team. He taught me how to challenge a leader and agree to disagree when things didn’t go my way.

Working with Dan wasn’t always smooth sailing. He asked a lot of questions that sometimes opened my eyes to another way of doing or seeing things. At times, he really annoyed me. You didn’t relax around Dan. You had to be on alert and prepared to answer, as well as prepared to shift your entire course of action. Years later, I really appreciate Dan. In fact, I even miss him.

What type of leader do you prefer working with:  Completely hands off, or a teacher/coach where you can learn, or a micro-manager, or perhaps something in between? For the record, Dan gave plenty of space and the right amount of direction, and he does claim to have invented the transfer agent. #mentor, #results, #DebtCollection

We use cookies to ensure that we give you the best experience on our website. If you continue to use this site we will assume that you are happy with it.OK